Presently, thousands of websites are generating revenue from the daily deals business model introduced by Groupon. The deal-of-the-day concept that Andrew Mason introduced in 2008 became a global phenomenon. Even after so many years, it has not lost its sheen, and entrepreneurs are still willing to invest in the idea of the deals business.

However, how to get started is a major challenge. There are so many daily deals software beating the drums of affordability & superiority that it becomes impossible to find the best one. This resource will simplify the task for you if you are wanting to create a daily deals website.

There is a reason why any search related to ‘daily deals software’ renders so many optimized results. Below points will tell you why web entrepreneurs should invest in a daily deals website:

People are looking for discounts on the web

With the popularization of the daily deals concept, people have started looking for discount coupons and deals online. This trend has created a huge target audience that is ready to make the purchase if you have the best deal in town. Ignoring such a potential for money-making is quite difficult.

No restaurant owner wants its tables unoccupied just like no multiplex owner wants to run half-empty movie shows. This demand for running full-house is present in every town and city of the globe, making daily deals websites popular amongst merchants and service providers.

The concept of daily deals is vast and offers ample scope for experimentation. You can start a similar site like Groupon or give the idea an altogether new twist. Deal websites are catering to travel, holiday, and high-end apparels. So, you can take your pick or create something new.

How many types of daily deals websites are there?

The concept of daily deals emerged with local businesses in mind but as time passed, a vast range of variations appeared. Today, if you are looking to launch a daily deals platform then there are several options available. Mentioned below are the most popular daily deals sites:

You can run a daily deals platform in whatever industry or sector that appeals to you. All you need are merchants willing to run deals and people ready to purchase them.

Do I have to compete with LivingSocial and Groupon like brands?

Established daily deals brands may have a worldwide network but they are not present in every city under the sun. There is a fair chance that your city or chosen region hasn’t been penetrated with deals yet.

Even if it has been, you can create a niche with your unique deals idea. Your target audience will remain loyal to you if you will bring the deals they care for. Being a local and better aware of people’s needs, you certainly have a chance over competitors.

In case, you come up with a unique daily deals idea, there is a good chance you will not have to worry about competition.

There are thousands of daily deals sites offering products and services at discounted prices but all of them are not profitable. To make a profitable site similar to Groupon, Yipit, or Woot, you need to take care of some important points. These are:

Just like any business venture, investing in a daily deals marketplace also requires initial market research. Demographics study, competitor analysis, and various similar studies need to be undertaken as per your business idea. Your local commerce bodies and business promotional agencies can help in gathering the information. There are also private firms that can help with market research.

If the market study reflects investment potential, then, next task is to think about how you can differentiate your deals website. This step is very important if daily deal sites are already operating in your region. Steps to do the same are:

Having a similar site like Woot is not going to make you the market leader in your region, it is only by differentiating yourself that you can dominate deals business in the long run.

Before running a daily deals portal, you need to make a list of features/characteristics for your group buying system. These can be:

Whether you purchase readymade software like Yipit or opt for a custom solution, make sure that the above-listed points are present in the chosen option.

Which Software is the best for a Daily Deals Website?

Most daily deals sites are powered by software developed on open source technology like PHP. Groupon itself was initially launched in WordPress blog format and later was upgraded by a Chicago-based design firm. So entrepreneurs looking for a daily deals website can either go for a custom-built or ready-made solution.

Although the scope of customization, feature addition, and security are higher in custom-built software, affordability, and less time-to-market, make ready-made solutions equally popular. Mentioned below, are a few popular daily deals software available in the market along with their strengths & limitations:

Contus Groupon Clone – This daily deal software has been developed by an Indian company on the Magento platform. The software comes with powerful features, functionality, and a vast range of Magento extensions and themes that help in customizing the software as per your taste. Its basic version is priced at $999.

This software comes with its share of limitations. Just like open-source platforms, it runs slow on shared hosts.

GetSocio – This affordable software like Groupon comes at a small subscription fee of $15. It is quick to install and has impressive pricing. Online reviews state that its fast installation has earned it quite a user base.

On the contrary, the biggest turnoff for GetSocio is its transaction fee. Almost 5% of the buyer payments go into the pockets of the admin of the deals platform, even if you choose the basic plan. The fee, however, slides down as you go to higher packages but it is still applicable even if you opt for the most premium package.

iScripts DailyDeals –  It is a readymade software with encapsulating simple yet powerful features that make the operations of the daily deals site easy. iScripts DailyDeals is integrated with various social media platforms that help with marketing.

However, for a novice, it can get a bit overwhelming due to the number of features offered and developers might also be needed.

oOrjit Deals – This is a Groupon-like deals website builder that is customizable and feature-rich. It supports easy migration from other platforms as it has a scalable architecture. Support offered is round the clock.

On the downside, oOrjit Deals does not have a free version or a free trial and their pricing starts from $10000.

Wroupon – This is a readymade solution to get a daily deals website like Groupon but at a lower cost. It charges a one-time fee and is offered at a lower price of $350.

Wropoun is also packed with a number of features but as a setback, it offers limited payment options and numerous bugs are also reported.

While the above listed are some popular daily deals software, many others claim to be equally deserving. Some of them even are but don’t have the online presence working in their favor.

With that said, there are some areas in which most daily deals software lag. One such is technical support and maintenance. Most such software were developed when there was a phenomenal demand for Groupon-like websites. When the demand stabilized a bit, the web development firms moved on to other projects, leaving the daily deals software buyers with support-related issues.

Hurrying in developing such solutions also led to bugs and other technical glitches. Further, you can find top daily deals solutions by paying attention to the following points: 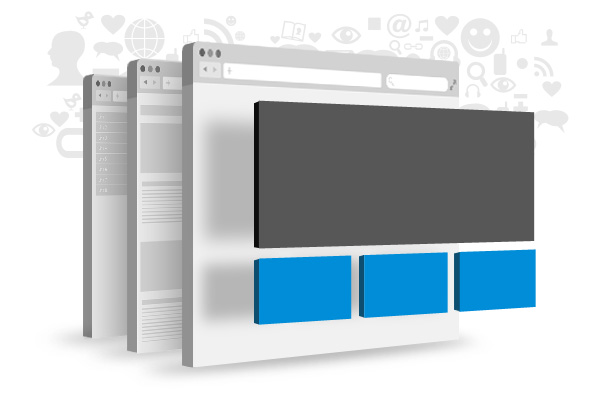 Very few daily deals softwares come with the promise of custom design. Building your daily deals brand on a template will not give you a unique brand identity. With custom design, you can create the deals website as per your taste and requirements. 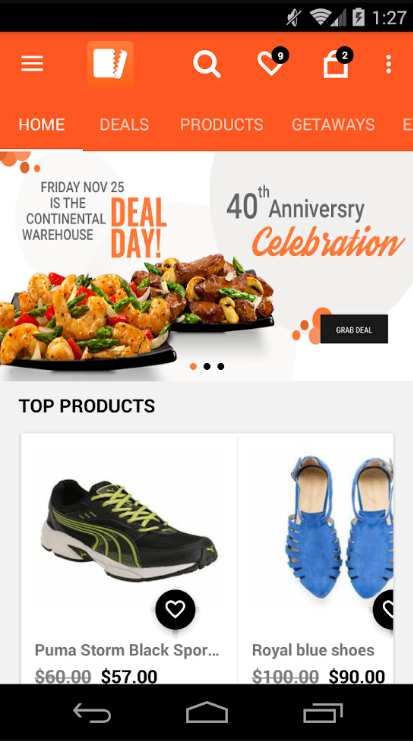 Not every daily deals software supports mobile platforms. Usage of smartphones has gone up in the past years and it would be a big loss if your daily deals website wouldn’t offer a good experience on smaller devices.

As mentioned above, most daily deals software fails miserably in the field of support. Technical support is very important if you are new to web platforms. It simplifies troubleshooting and takes away a lot of frustration.

In addition, your daily deals solution should include critical eCommerce, merchant and SEO features.

Try a free demo of Yo!Deals

Yo!Deals is a powerful, performance-oriented daily deals marketplace solution which is developed by FATbit Technologies. Encompassing robust features and functionality, it easily caters to the local deals system. Various features offered by Yo!Deals are:

Yo!Deals is a scalable daily deals solution that offers a separate dashboard for admin. However, to get an appropriate idea, you can visit its free demo.

To prosper in the daily deals industry, you need to invest in a powerful solution that comes with a vast range of features to meet the requirement. Further, make sure you study the above-mentioned solutions from a support point of view as well. In case you are still in doubt about which solution is better suited for your requirement, get in touch with us for consultation.

We are glad you liked the article. Stay in touch for more such articles.

Thanks for the information!!

Thank you so much for your appreciation. 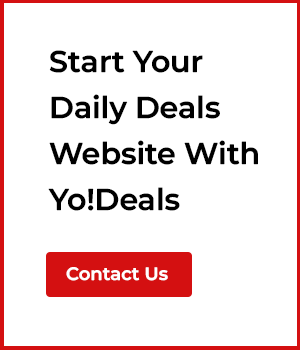