How to choose between Native and Hybrid Mobile Apps

Mobile app usage increases approximately 6% every year and almost 82% internet users in the United States use mobile devices to make purchases online. With mobile devices becoming the preferred way of exploring products and shopping online, e-commerce sellers are at their wits’ end to find the right marketplace app.

It is estimated that US mobile commerce sales will surpass $420 billion mark by 2021, making it even more crucial for businesses to have a mobile app. Choosing the right kind of app is not a walk in the park and requires thorough research.

Is getting a mobile app worth the effort?

Creating a mobile app for your online marketplace is one of the best decisions you will ever make. It is the first step in the right direction and increases your marketplace’s reach to a completely new demographic. However, once you have made the decision to get a mobile app, the next step is to choose what kind of app you should develop for your marketplace  — Native or Hybrid.

Here is a brief introduction to Native & Hybrid Apps

Before we discuss the two app kinds in detail, here is a quick overview about them: 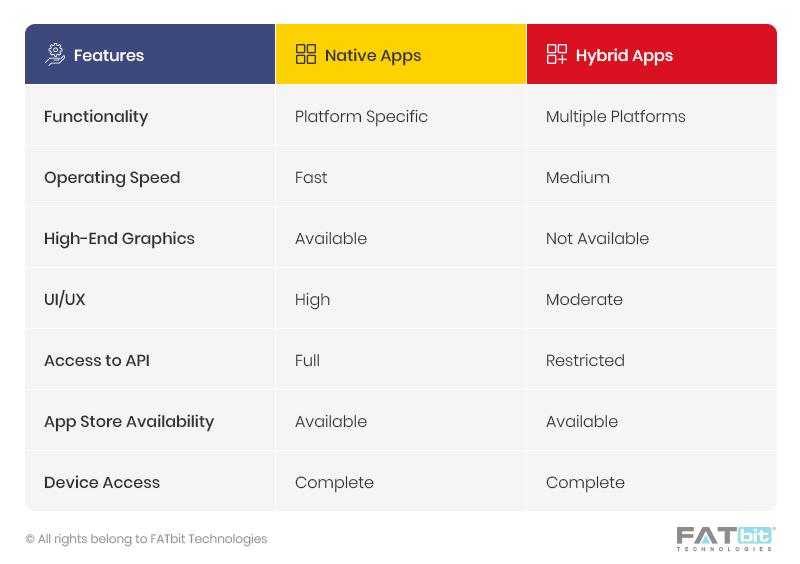 Think about any app on your phone, there is a high chance that the ones you recall are native apps because native apps reside on mobile devices. Simply put, native apps are compatible with a particular operating system. An app developed for iOS platform won’t be compatible for an Android device.

For the marketplace owners with an inclination towards understanding technology, iOS apps are developed using Swift or Objective-C languages while Android apps use Java or Kotlin. Coding for iOS is done on Xcode, and Android apps are built on Android Studio.

Here are some pros of Native Apps

Developing a native app brings a wide range of benefits for the marketplace owner. In the following lines we will take a look at some of them:

A native app should be great and serve the user’s needs perfectly. But like all great things in life, they are not perfect. Let’s take a look at some cons of native apps:

As the name suggests, hybrid apps are a combination of native and web apps. A hybrid app can be installed like a native app but it’s actually a web app underneath. Hybrid apps run in a simplified browser like Webview and just like their web based counterparts, they are also built using HTML, JavaScript and CSS.

The basic purpose of a hybrid app is very different from a native app. Hybrid apps are an experimental step for ecommerce marketplace owners who are not sure whether their target audience will like their app or not.

E-commerce marketplace owners can get a hybrid app created without investing a lot of time and money. From there, business owners will get a rough idea about their app’s popularity and understand how the app interface is received by the masses. They can analyze the details of the experiment and then proceed to create a full-fledged native app.

Here are some pros of Hybrid Apps

Since hybrid apps are built for multiple platforms, the base code remains the same and you just need a little bit of tweaking to install them on all platforms. Let’s take a look at the key benefits of hybrid apps:

While hybrid mobile apps solve a number of issues for new and existing online ecommerce marketplace owners, there are certain limitations. Let’s take a look at the cons:

What App Should an Ecommerce Marketplace Owner Choose?

To each their own  — the same can be said when choosing the type of app you want to create. Your priorities should be set and you must be clear as to what you are expecting from your mobile app.

Focus on your budget and choose one accordingly. Evaluate the level of surety you have about its popularity and mass acceptance. Hybrid mobile app development is a better option when you are unsure about the initial user response or don’t have a clear idea about how your final app should look like.

On the other hand, native apps offer a high level of functionality and deliver a seamless user experience. They also perform better than hybrid mobile apps.

Take the aforementioned pros and cons for both Native and Hybrid apps into consideration before making a final decision. Additionally, you can also do some research on your target demographic and develop an overall marketing strategy to find out how much investment are you willing to pour into custom mobile app development. Hopefully, you will be able to make an informed decision with all the information at your disposal and we wish you success for your e-commerce venture.

Gautam is a content writer since 2015, and a writer since 1994. His zeal to learn is remarkable. While being a more enthusiastic version of Talking Tom, Gautam has endless facts and stories to tell everyone around him.

Thanks for putting together this post on native and hybrid mobile apps. I particularly find your thoughts on multiple codebases very interesting.

We are glad to hear that. Stay tuned for more such interesting blogs. 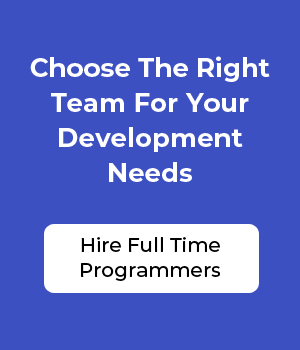