The Top 10 Influencers Followed on Web For Digital Marketing Insights

Technology opened the gate for real time interactions and connecting with anyone sitting in the other corner of world became easier. It’s the story of digital exposure and interestingly the tale doesn’t end here. We’ve scaled many levels up with the new forms of branding and online marketing. A new branch that has recently mushroomed out of the growing reach of internet, or should I say social media networks is influence marketing. The impact of influencers is such on followers that a news published on a leading technology blog rarely gets as instantly viral as it gets through the Twitter, Facebook profiles of popular influencers.
Viewing the great difference these influencers are making to brands, I researched about those who have great followership in the domain of digital marketing and similar areas. Out of all the names that I came across, following ten have certain reasons to be followed on web for digital marketing insights. Let’s know about them:

Started as a Marketing Assistant at PrezzyBox, Sam Hurley’s career soon went on a roller coaster ride as he accumulated vast experience by working for companies like Focus DC Limited, Aggregate Industries, Midas Media, Curatti, and more. From years of experience in digital marketing, Sam Hurley set up his own venture: OPTIM-EYEZ, and is now recognized as the World’s #2 influencer in this field.
Area of expertise: SEO, PPC, CRO
Number of followers on Twitter: 136K

🔝💯🏆 Proud To Be Ranked #2 Most Influential #DigitalMarketing Expert – In The World! 🌎 https://t.co/gXNp1N6cAB 🌎 pic.twitter.com/H1EaUoZFfD

Neil Patel is the face behind KISSmetrics, Crazy Egg, and Hello Bar. With expertise in a number of fields like growth hacking, conversion rate optimization, and search engine optimization, he is a regular contributor for Forbes, Inc, Entrepreneur, Huffington Post, and more. Till now, Neil Patel has helped many large companies like Google, Facebook, GM, SalesForce, InTuit, and more.
Area of expertise: SEO, Internet Marketing, Conversion Optimization, Growth Hacking
Number of followers on Twitter: 207K

Teach Yourself to Become a Better Digital Marketer in 7 Easy Steps https://t.co/UKvn0dqTu3 My latest from @entrepreneur

Jeff Bullas has perfected the art of digital marketing by helping brands to sell more and reach wider. His blog, jeffbullas.com, is an inspiration for millions of people who are interested in social media for business and content marketing. Over the years, Jeff’s blog has come among the most read blogs with more than 16 million readers from across the world. His mission is to inspire and educate people to win at business and digital world. Jeff is also the author of several books including, “The Secrets of a Blog Powered by Social Media” and “Blogging The Smart Way” with most recent being “8 Key Steps to Blogging Mastery”.
Area of expertise: Digital Strategy, Social Media Strategy
Number of followers on Twitter: 481K

Rand’s journey started when he dropped out of University of Washington to work full-time at his mother’s marketing firm. He enjoys the title of “Wizard of Moz”, which he achieved by co-founding Moz. Being a startup junkie, he also co-founded inbound.org, with Dharmesh Shah. Under his leadership, Moz has witnessed exponential growth with revenues growing from $801K to $29.3 million in just 6 years.
Area of expertise: SEO, SEM, Startups, Marketing
Number of followers on Twitter: 328K

I don't like the content vs. links narrative in SEO. Both should be part of how smart marketers get the job done.

Larry Kim did electrical Engineering from University of Waterloo in 2001. Over the years, he has accumulated vast experience by working as a software engineer and independent consultant. He is a regular contributor at major online magazines, such as Search Engine Journal, Social Media Examiner, MarketingProfs, Search Engine Land, Inc. Magazine, and more. His area of focus includes Internet marketing, AdWords and Facebook Ads.
Area of expertise: Internet Marketing, Social Media Marketing
Number of followers on Twitter: 354K

👌Conversion rates are obviously important. But CTR is the number one CRO metric I pay most attention to. Here's why: https://t.co/dmJB2J8wMO

Want your business to witness the power of digital marketing? Get in touch

Rebekah Radice has over seventeen years of experience in marketing. In 2004, she started blogging on rebekahradice.com, which was awarded the title of “Top 10 Social Media Blog” by Social Media Examiner in 2015. In addition to this, she is an award winning writer and author of “How to Use Social Media to Virtually Crush the Competition”. Being an entrepreneur, Rebekah co-founded Imagine WOW, a digital marketing agency and Social Success Academy, a social media training platform to help businesses.
Area of expertise: Digital Marketing, Social Media Strategy
Number of followers on Twitter: 80.2K

Write about topics in your niche that you are passionate about. Then you will develop your blogging style effortlessly. #InfluencerChat

Originally started her career as a journalist, Ann Handley was cited to be the most influential woman in social media by Forbes. She is the author of “Everybody Writes” and co-author of “Content Rules: How to Create Killer Blogs, Podcasts, Videos, Ebooks, Webinars (and More) That Engage Customers and Ignite Your Business”. Being one of the top influencers in the world of digital marketing, Ann Handley currently serves as the “Chief Content Officer” at MarketingProfs.
Area of expertise: Digital Marketing, Social Media
Number of followers on Twitter: 355K

The average lifespan of a post (when an article reaches 90% of its page views) is about 2.6 days: https://t.co/zlyo5hFPlZ via @Digiday

Being a passionate writer, Harsh left his office job to become a professional blogger. Through his blog, ShoutMeLoud, he aims to help businesses to increase their online presence. Harsh Agrawal also got featured in prestigious national magazine “The Week” in 2013 for his contribution in blogosphere. In addition to this, ShoutMeLoud has also won him honorary mentions in various print media and online magazines. Area of expertise: Online Marketing, SEO, Blogging Number of followers on Twitter: 30.1K

And you always thought you can't money without AdSense? https://t.co/OE4NBEn1DI pic.twitter.com/stJ93rRyI6

Olga Andrienko did Bachelor’s degree in International Trade and Customs from St.Petersburg State University of Economics and Finance. Shortly after that, she joined Lux Express Group as East Region Sales Manager. After three years, Olga became project manager, which further increased her knowledge in the advertising and marketing domain. Being a social person, she joined SEMRush as the head of social media. Area of expertise: Social Media, Marketing Number of followers on Twitter: 6K

Think we have missed a key influencer? Tell their names and area of expertise in the comments below.

Have a digital marketing project?

How to Generate Traffic: Free and Paid Online Promotion Mediums

AWESOME! Thanks for the inclusion Tushar! Surrounded by the best 🙂

This list has included the best ones no doubt,but what I feel is that, a good influencer isn’t there for solely distributing knowledge & hacks. Rather he or she should interact with his/her followers to facilitate a smooth exchange of thoughts & ideas.A piece of communication from an influencer is really encouraging & I found Sam Hurley doing that. No wonder why I consider him as the best influencer ever.

We are glad you liked the list. Yes indeed a good influencer interacts with his/her followers.

I’m so glad to have seen this just now…thank you so much for your kind words. A compliment like this just makes it all worthwhile 🙂

Have an amazing week!
Sam 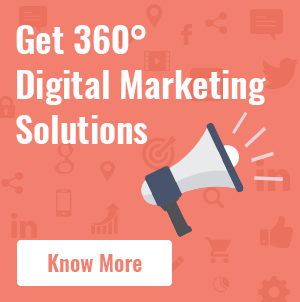