To boost the engagement of online food ordering websites and to ease the process of food ordering, Facebook has released a feature where users can just order food online directly via Facebook app.

Till now users resorted to Facebook for searching where to eat, the ratings and review of a particular restaurant and finalizing the restaurant after which they would shift to an online food ordering app and order food. Now with the release of this feature, by selecting the “order food” category, people will now be able to browse nearby restaurants, favorite restaurants and search for restaurants according to the cuisine. They can also filter their choice according to pick-up or delivery, prices, open or closed, etc. After users select the restaurant, they are redirected to the delivery or restaurant’s’ website.

Marketers of food ordering website will get a huge advantage with this feature as it will allow their customers to easily order the food. Now marketers have got a direct access to connect with the Facebook’s audience. Facebook released this feature; just a few days after Snapchat released the context card feature where users can easily book table and cab directly through Snapchat. It seems as if between the Tug of war of Social media Giants, the users are getting all the advantages.

After earning her master’s degree in Journalism and Mass Communication, she knew that writing was the only thing that may never perish her zeal so she began her career as a content writer. She enjoys spending time with friends and "Friends" also happen to be her favorite television series.

How to Generate Traffic: Free and Paid Online Promotion Mediums

Kavya Nair, great work. I was very surprised when I saw an idea that I’ve had for many years just appear in one of your blogs, It would be an honor if we could discuss some ideas on the best method of launch. You can reach me via email at [email protected], or you can text or call 8608454302.

Thank you for your appreciation. Our representative will get in touch with you soon!
Cheers 🙂 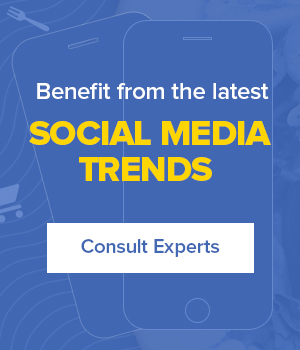