So I was reading a European Commission report on the major barriers to solar energy adoption a few days ago, where I found that apart from various legal & regulatory constraints, it is the cost that is keeping it from being adopted by masses.

Suddenly, it occurred to me that the same holds true for many products and services, which target a large audience. But cost cannot be the only deciding factor, as something is free or cheap, doesn’t mean I’ll just take it.

There are three more factors (apart from cost) associated with a product/service that decide whether it will be adopted by masses or not. Hence, product adoption as a whole depends on following four qualities:

Below are few real world examples of different industries that give a practical view of these qualities and their huge impact on the adoption of a product or service. Let’s begin.

It fulfills a need

Like I said above, just because something is cheap or free doesn’t mean that it will be adopted. It also has to solve a problem or satisfy a need of its target audience.

Let’s take Google Glass as an example. This Sci-fi movies inspired gadget by Google allowed people to capture snaps quickly & to look over the important stuff on the internet at a glance. But practically there’s very little need of these features in our daily life. Plus, you would be wearing a device throughout the day that emits harmful radiation constantly.

Google Glass was barely fulfilling a need or solving a problem; therefore, never reached mass adoption; or as the B2C reported on its failure, “The key to creating a great product is to find the demand or a problem that your product is trying to solve. Unfortunately, this simple principle in business was overlooked in the development of Google Glass.”

On the flipside, if we see why the likes of Facebook Messenger & Amazon Prime succeeded. The Answer is simple – they either fulfilled an existing need (the need to connect with other people, in case of Messenger), or they created a need (the created need of getting more out of Amazon’s offering, in case of Prime).

Need advice on creating a product that strikes the chord with your customers?

It is easily accessible

After digging on the internet a lot and repeatedly bothering teammates for a good example that validates the importance of accessibility for a product’s adoption, I finally found a bunch of cases (thanks to Ketan, fellow writer at FATbit).

Another example, Twitter client apps Falcon Pro (for Android) & Tweetbot (for iOS), both made their users to pay again for an upgraded version, which resulted into their depleting user bases. Other examples include a mobile company launching a new phone exclusively on a particular ecommerce store, or just on offline stores; consequently, making it less accessible, thus, less adoptable.

So, for startups, just creating useful products isn’t enough; it is also their job to make them easily available to masses (or refrain from putting constraints that make them less accessible as in the examples above).

Note: In above-mentioned examples, the steps these companies took were beneficial for them in terms of revenue, but they lost their user base, which in long term is a huge loss.

First, let’s be clear on one point. Affordability of a product shouldn’t be judged on its inexpensiveness. If the value it provides justifies its price that means it is affordable.

For instance, iPhone isn’t considered as a low-priced phone. But given the value it offers to its target audience, it is affordable; therefore, is adopted by masses. We have already mentioned the example of solar power. It is easily accessible, easy to use, and human race is definitely in a desperate need of a clean energy source, but its high cost ultimately leads to its poor adoption.

Another interesting example: Since its inception in 2012, the American premium electric automaker Tesla has sold a total of 107,000 cars (Model S & X combined) by 2015. But when in April 2016, it announced its Model 3 at $35,000 (relatively cheaper than earlier models), the company received 270,000 pre-orders within a couple of days. 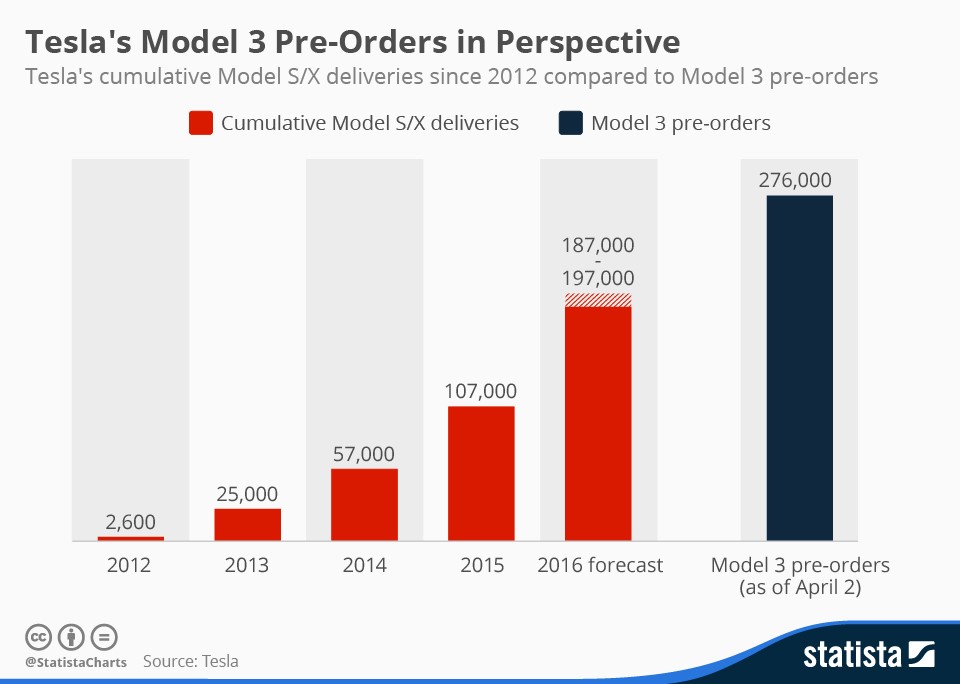 In fact, during its unveiling, Tesla’s CEO Elon Musk said that Model 3 will take the electric to the masses (and I hope it does). And of course, it would be due to its affordability.

It is easy to use

Usability of a product or in other words the user experience associated with a product also plays a crucial role in its adoption.It doesn’t matter whether your product fulfills a need, is easily accessible, and affordable, if it is difficult to use, it won’t do.

Microsoft Windows 8 will serve as a good example here. Launched in October 2012, this upgraded version of world’s most used desktop OS never penetrated the market like its preceding version Windows 7 did. Reason being, with all the experimentation, Microsoft made Windows 8 so complex (by stuffing everything into one place) that it would take weeks for a user just to get used to its interface & navigation. In other words, in its development, Microsoft prioritized innovation over user experience. The image below will better explain the point. 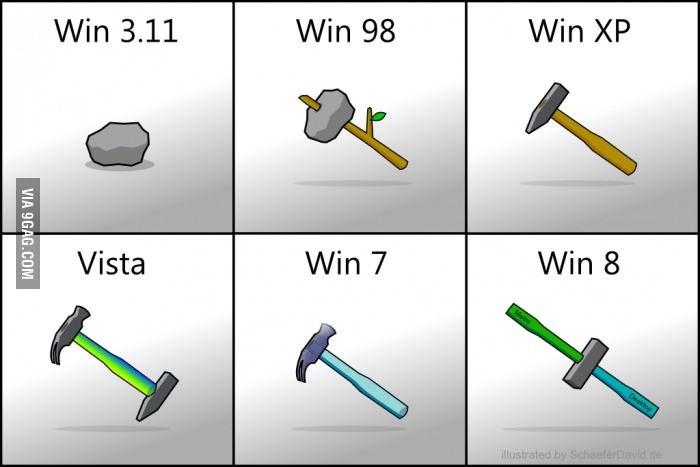 Now, I am not saying that experimentation & innovation are bad things. In fact, they are the very essence of every technological advancement. But when a product is intended for mass adoption, user experience should always be the priority.

On the other hand, Windows 7 is quite easy to use, which is why it is still the most adopted version of Windows desktop OS. (In fact, in our company, 90% of us still prefer Windows 7) 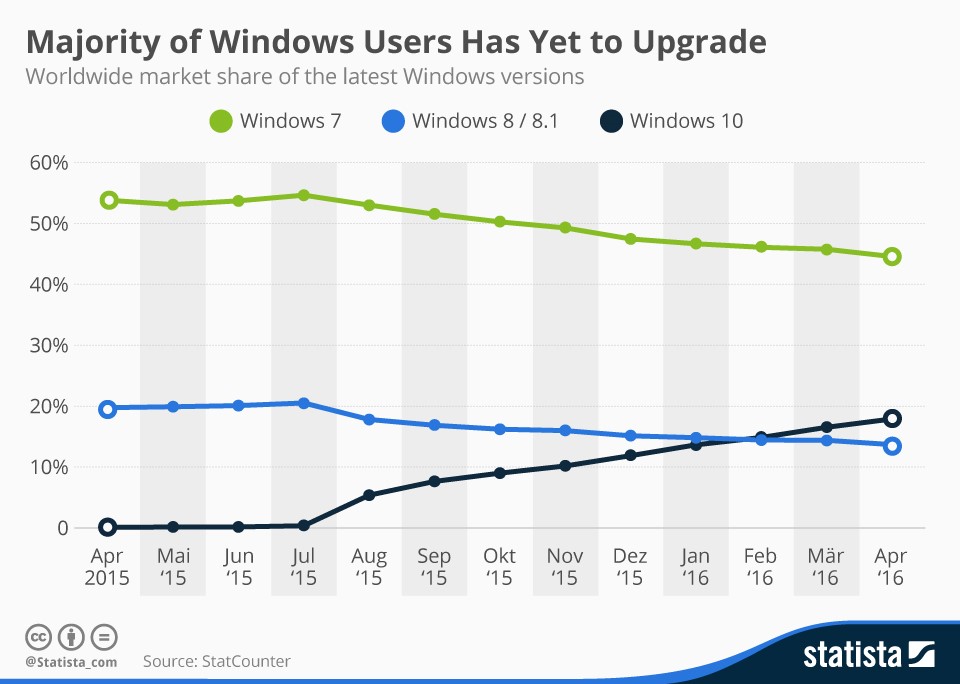 Improve it with Fatbit

Above, we have discussed in length how these factors impact adoption. So, as a business, it is important that you ensure these qualities when designing & developing your product/service. But the job is only half-done yet.

In real world scenario, there will be competitors with similar products. And in order to make sure that your product makes it through, you need to reach your target audience before others or at least in time to grab a decent market share. For that, you need to effectively act upon the key stages of the adoption process, which can roughly be described as:

Posted in eCommerce, Tips and Trends by FATbit Chef.