How to Create a Music Streaming App like Spotify?

Why is Creating a Music Streaming App like Spotify a Profitable Business Investment?

The user interface of a mobile app is responsible for delivering an outstanding customer experience with a polished look. In this fast-paced era, where decisions are taken within the blink of an eye, an appealing user experience design could be the best way to keep your users hooked onto your music streaming app. Below-listed are some crucial steps involved in the design phase of an app development process: 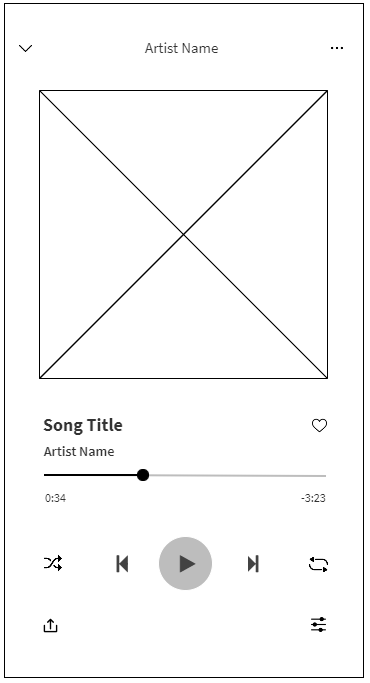 Wireframes are designed to get a clear view of the initial look of an MVP. These are the conceptual layouts that define the visual structure of a mobile app. The main purpose of creating a wireframe is to narrow down the ideas and organize the visual components like buttons, pop-ups, and text-fields in particular screen size. Wireframing an app also helps designers to overcome technical limitations in the initial stages of the development process. For a music streaming app, one can create a wireframe using online wireframing tools like Adobe XD, Sketch, Canva, Moqups, and more. 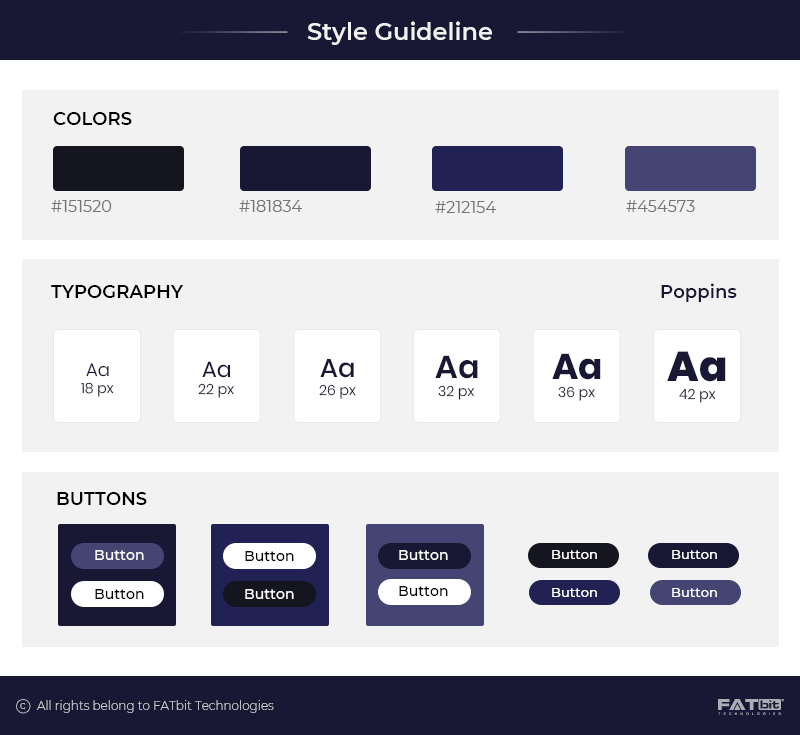 A style guide depicts how all UI elements of your music streaming app will be visually represented. It not only makes the designing interfaces more methodical but also helps developers identify incongruous interface elements without any hassle. Some crucial elements that must be used to create an impressive mobile app style guide include: 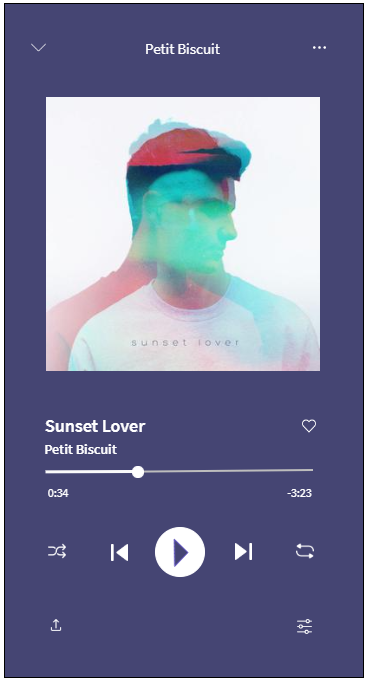 A mockup consists of both structural and visual elements. It is designed by applying the style guide of a mobile app on to the wireframe to showcase the high-fidelity design of the end product. The primary reason behind creating a mockup is to understand how visual elements of an app will look like before the final stage of the design phase. Entrepreneurs can use mockups to share basic design ideas with their clients in the early stages of an app development process. In short, mockup could be defined as a design model with additional visual elements than a wireframe, but without the detailed functionality of an app prototype.

Though mockups are used to demonstrate the basic app functionality via static designs, prototypes are used to depict how your mobile app will function. A prototype could be considered as the demo version of an app that enables developers, clients, and users to inspect the effectiveness of an application through a proposed mobile app design. The feedback received from users regarding your prototype could help you rectify minor app errors and develop a robust mobile app. 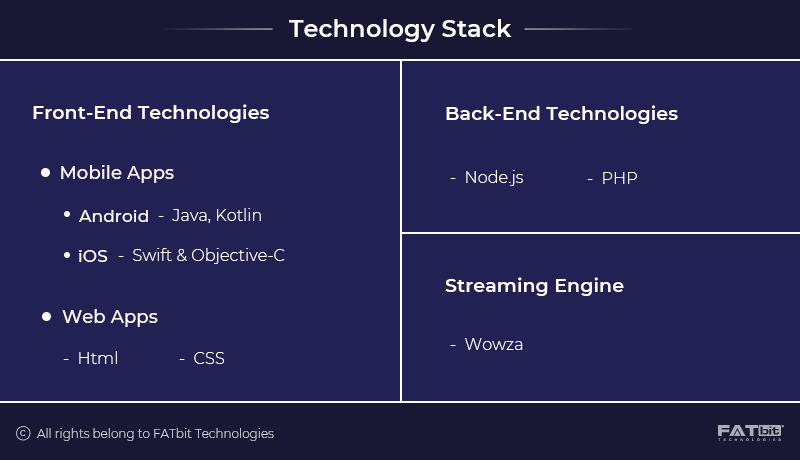 The tech stack of a music streaming app consists of programming languages, tools, technologies, and frameworks, required to create front-end (Client-Side) and back-end (Server-side) of an application.

The programming languages for creating the front-end of an android app are Java and Kotlin. In the last few years, Kotlin has become the most preferred app development option for developers due to code conciseness and compatibility.

For an iOS app, Swift and Objective-C are the widely used programming languages for front-end development. Swift offers some powerful features like clean syntax, higher speed, quicker code compilation, security, and many more.

One can build the front-end of a web application using HTML and CSS. HTML stands for Hypertext Markup Language that is used for structuring and placement of information on a web page. CSS stands for Cascading Style Sheets that enhances the look and feel of a web app.

PHP is the prominent language for server-side scripting. Though the server of a music streaming app receives millions of user requests simultaneously, many people prefer to use Node.js over PHP to provide a smoother user experience. Besides, below-listed features unveil why Node.js is the best choice for creating the back-end of a music streaming app like Spotify:

In case of a music streaming app, the database server is used to provide audio streaming services to the users. Due to its compatibility with standard streaming protocols, Wowza Streaming Engine is considered the best media server for audio and video streaming. From Adobe Flash Player to Apple’s QuickTime player, Wowza media server can stream to numerous playback devices simultaneously.

Agile Methodology: Why Entrepreneurs Must Use it for Music Streaming App Development

Agile methodology is the most popular software development methodology based on iterative and incremental approach. It is a dynamic app development process in which the entire mobile app project is divided into sprints which are treated as smaller development cycles.

These independent sprints are distributed to various project teams. After the completion of each development cycle, it is presented to customers to gather their reviews and feedback. Due to its iterative nature, entrepreneurs must use the agile methodology for creating a music streaming app like Spotify.

Apart from that, here are some prominent reasons that make agile the widely-used methodology for music streaming app development.

A music streaming app has to go through a number of iterations which allows entrepreneurs to take calculated risks. App users can use MVPs to check the basic app functionality and notify developers about existing bugs. Music streaming mobile app developers can make necessary changes as per the user’s feedback and all risks can be managed before the final release of the app.

The entire project is distributed among various app development teams which helps in reducing dependencies and inter-team discussions. Furthermore, it is easy to keep a track on activities performed by team members on each sub-project and to handle project deadlines without any difficulty.

Every sprint is tested which decreases the risk of encountering an error during the quality testing of the entire app. App developers can inspect errors and make adjustments accordingly in the early stages of the development process without compromising the app quality.

Agile, unlike traditional app development methodologies, enables entrepreneurs to make an estimation about the overall app development cost. Since app developers receive the user feedback after completing each module, it’s easy to avoid including the features that don’t catch the user’s attention. Skipping the functionalities that don’t engage app users will not only save valuable time but also reduces the risk of cost overruns.

The registration process should be simple to provide a seamless user experience. Social media integrations could help users to log in to the app within just a few clicks. It is recommended to ask users about their birth year and zip code so that your music streaming app could recommend tracks as per their age group and region.

It is the best feature to enhance user engagement and provide a more personalized experience. Users will receive timely updates regarding the latest music industry trends, release of new songs, upcoming albums & movies along with many other relevant details.

An online streaming option will let users enjoy live events, virtual concerts, jamming sessions, radio room discussions, and other music launch activities from anywhere and anytime as per their availability.

Harmeet is a content marketing professional, currently working with Fatbit Technologies. He is a creative writer and a wordsmith with a flair for writing on topics that fascinates him. He is a tech enthusiast and enjoys learning about the latest trends in technology. Outside of work, he likes to spend time exploring the internet and is an avid reader.

How to Choose a Custom Mobile Application Development Platform?

A nice piece. Talks about the features and technology in detail. However, we believe that there can be more essential features and they will keep changing in the future with changing consumer behavior and trends. The change in technology will also drive the change. Maybe that’s why agile development methodology has been suggested in this blog, which always keeps the app up to date with the latest trends.

How to Start An Online Coaching Business? 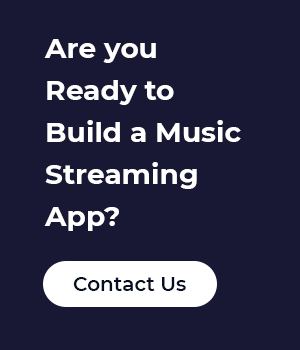